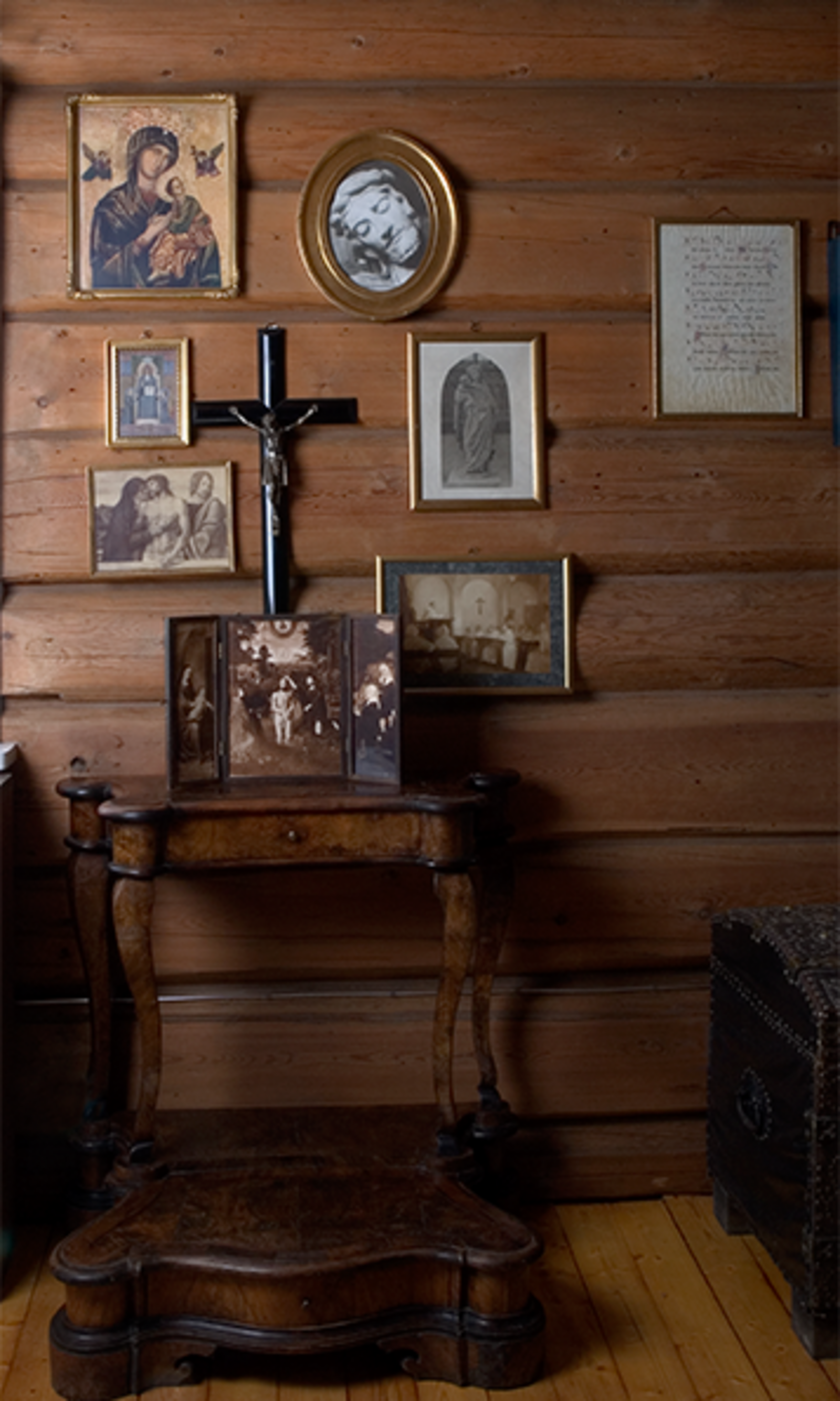 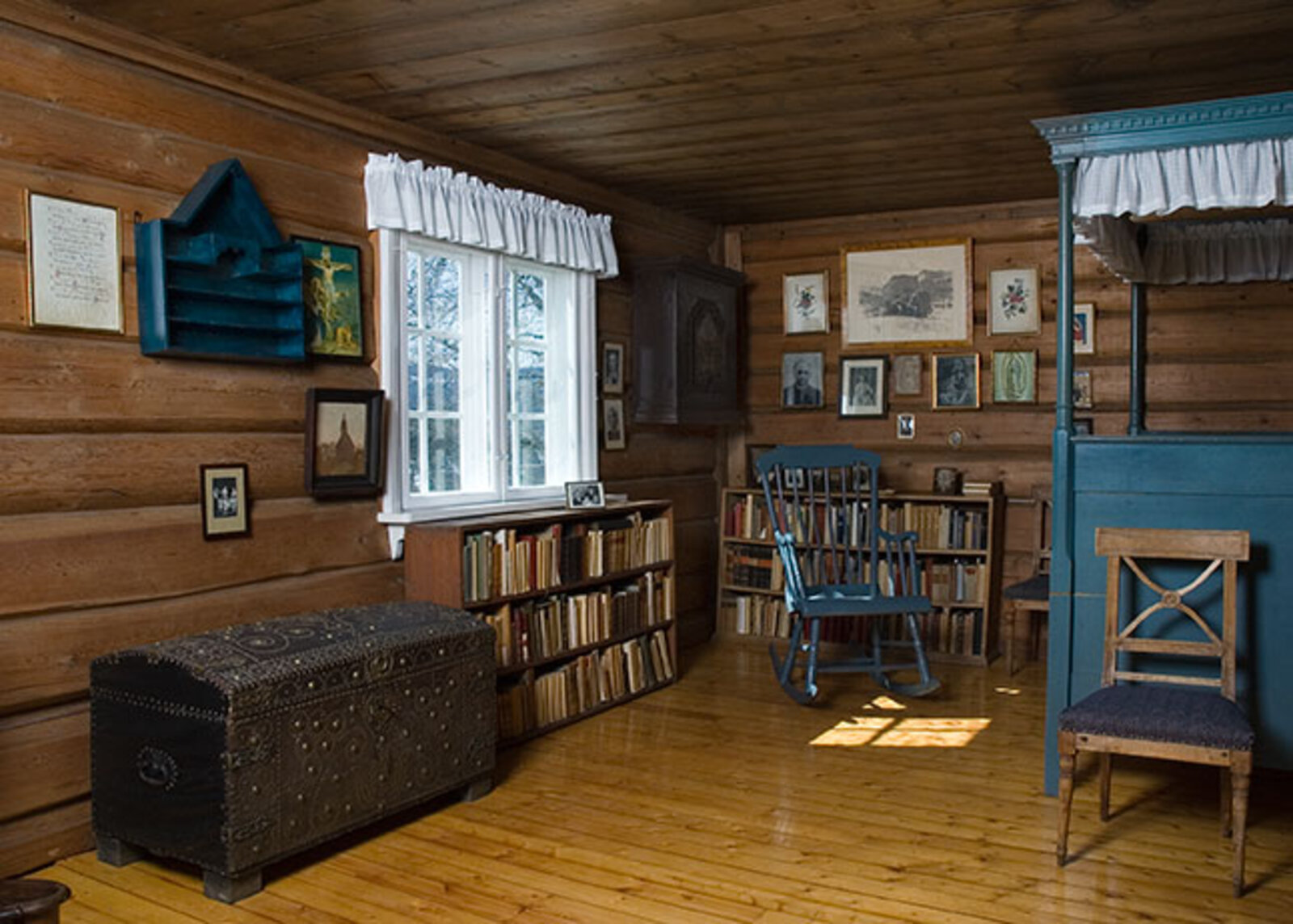 While working on Kristin Lavransdatter, Sigrid Undset did a great deal of research atbout the customs and teachings of the Catholic church in Norway before the Reformation of 1536. Gradually she developed a desire to become a member herself. Sigrid Undset converted to Catholicism in 1924. Her bedroom contains the kneeling stool where she used to pray several times a day.

Sigrid Undset had long been interested in Catholicism and had personally witnessed the daily customs of the church among the faithful that she had encountered on her travels in Italy. This undoubtedly made an impression on her, however her fascination with the Catholic religion can be traced even further back to her childhood.

From her bedroom we can also look into the children - Anders and Hans’s  - bedroom,  as well as the splendid American bathroom she had fitted when running water was provided in approximately 1930.